James Wood built Three Chimneys about 1750 on a land grant from the King of England.  Tradition holds that it was used as a tavern and that the present rear (east) façade was originally the front, which faced the Rockfish River and the old road.

Three Chimneys possesses a high degree of exterior and interior integrity. It was built in the third quarter of the eighteenth century of brick laid in Flemish bond. Its name derives from the one interior-end chimney on the east and the two exterior-end chimneys on the west end. Chimneys were usually built outside the walls to decrease the chance of fire. The two chimneys on the south of the house are built this way. However, the chimney on the north end of the house was built inside the wall. This was probably to provide greater warmth on the coldest end.

The house has an unusual five-room plan. The general floor plan has not been changed; there are eight rooms in total, two hallways, and six fireplaces. The bricks and nails used in the house were made by hand on the property. The porches and dormer windows were added around 1909. 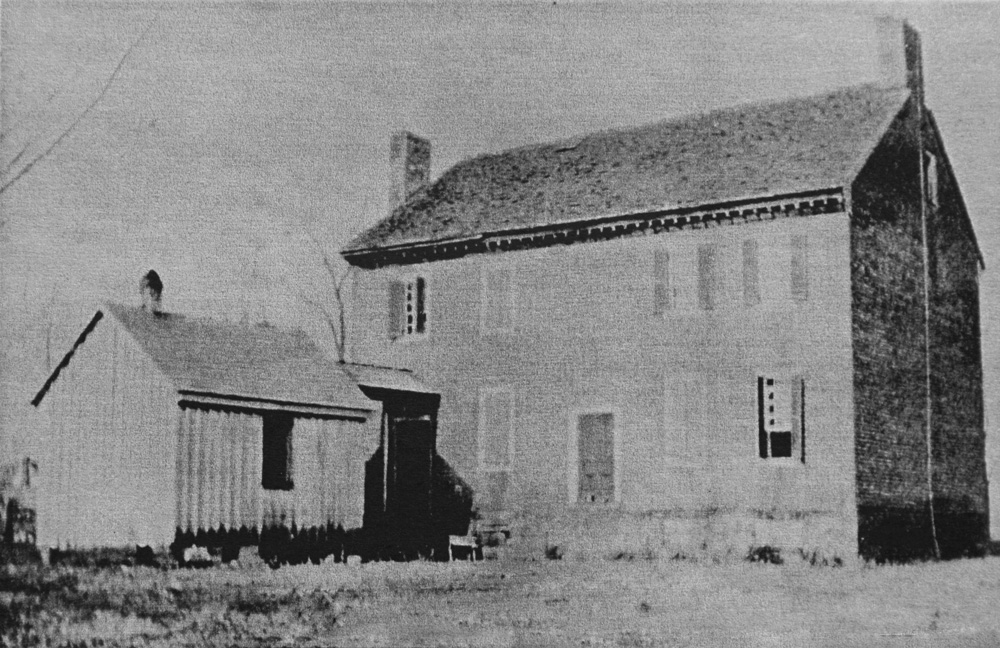 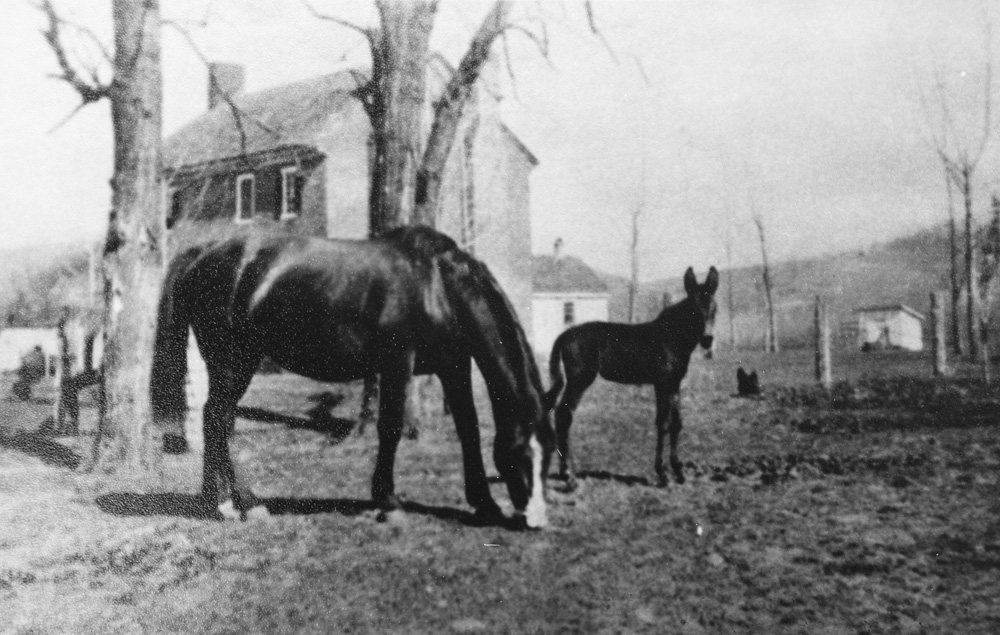 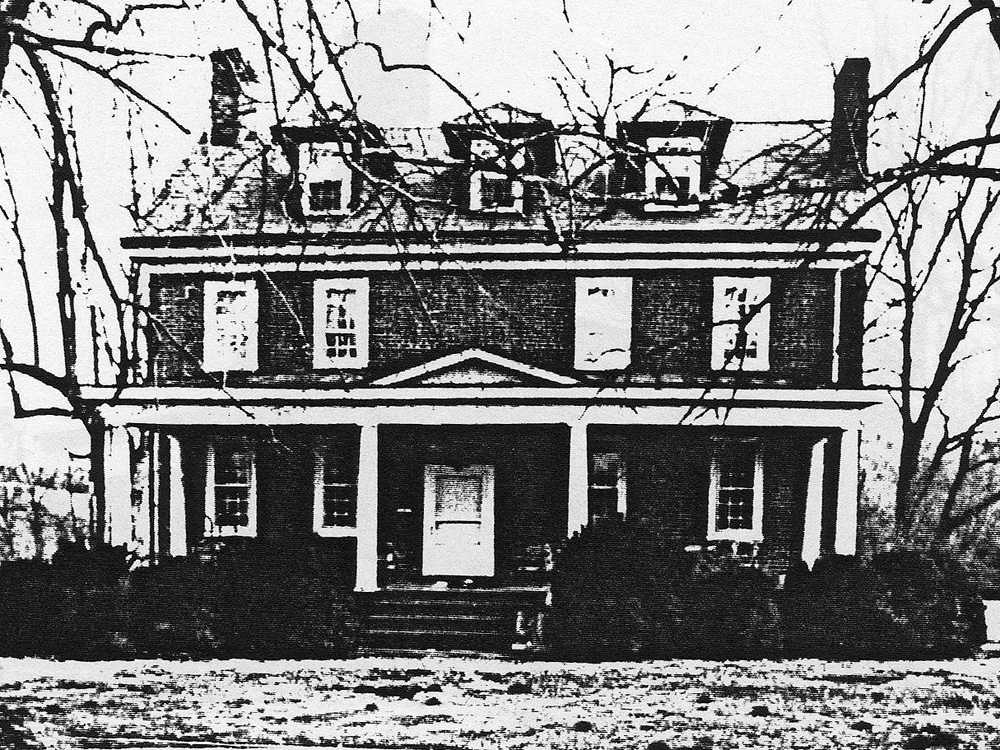 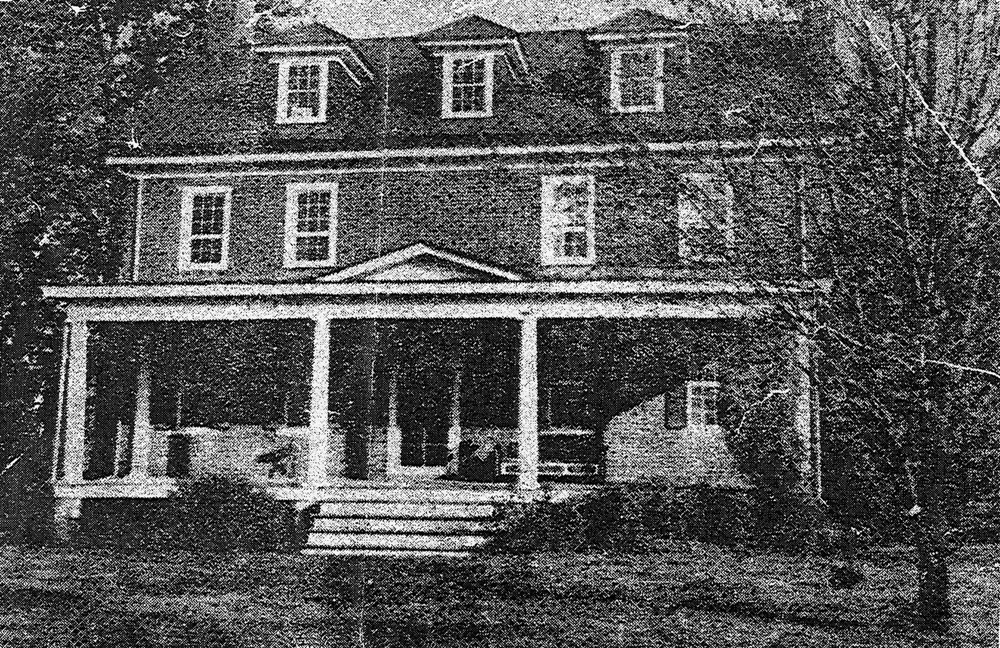 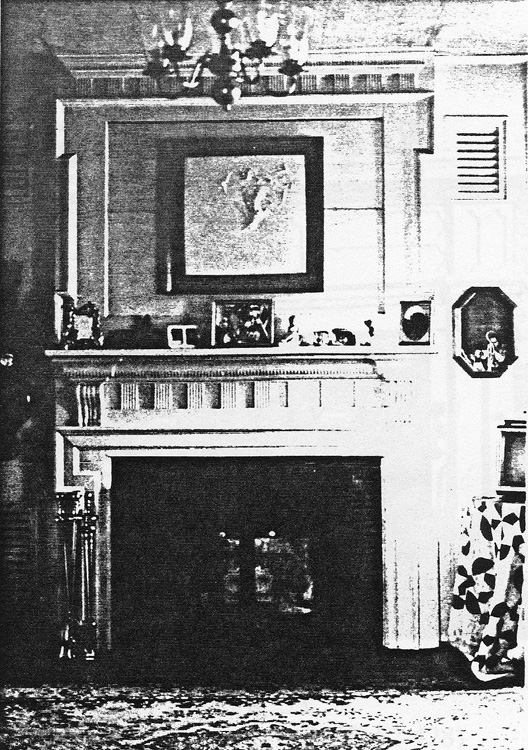 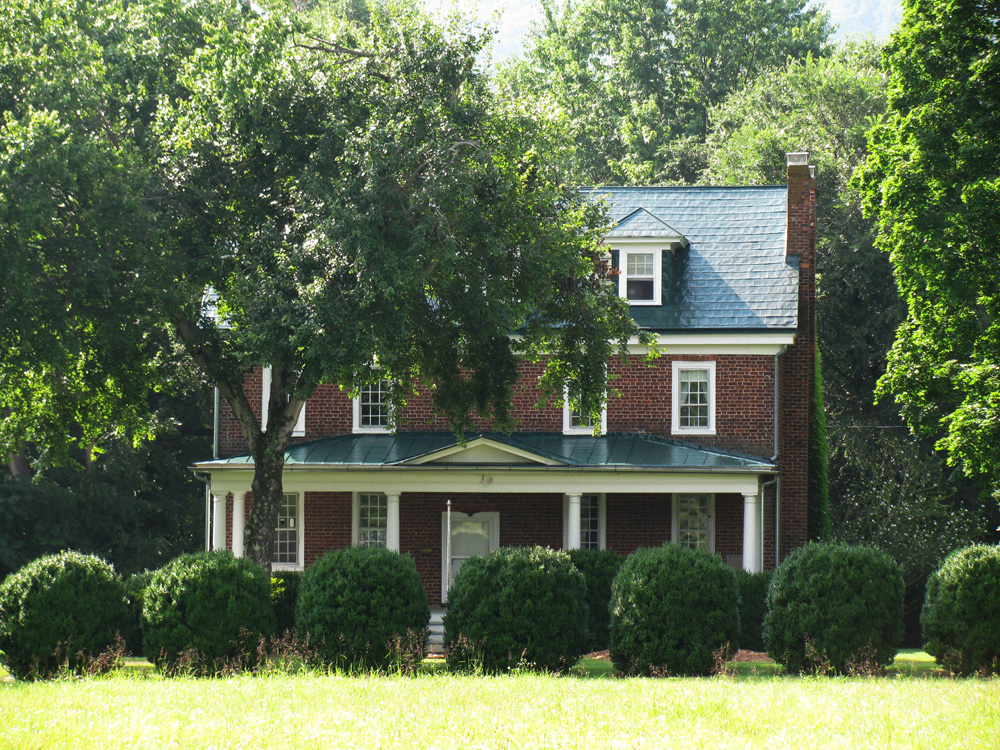 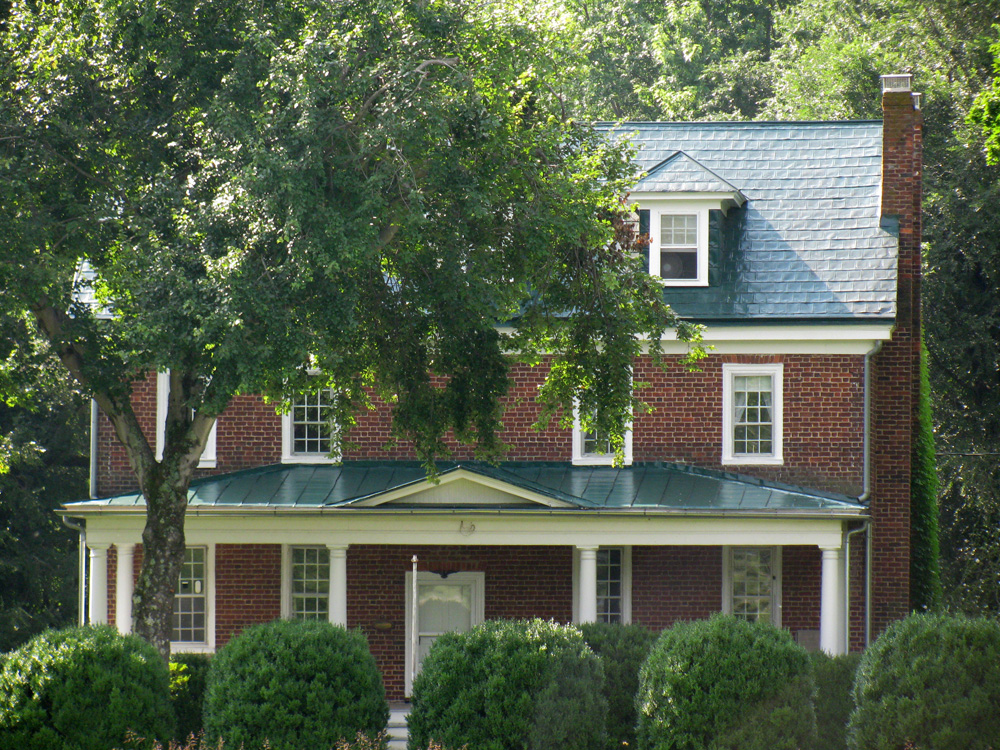 Three Chimneys is a late Georgian style house. The plan features three rooms across the north side and two on the south side. The central north door provides access into a center stair hall with a corner stair. Doors to the northwest room and the large southeast room open off this center room. The large southeast room, known as the ballroom, has an elaborate Georgian style mantel with over-mantel. Another feature of this plan is the southwest room with a corner-winder stair to the room above. This second floor room originally had no access to the other second-floor rooms.

It has one of the most decorative chimneypieces in the county. The main parlor features paneled wainscoting and an elaborate mantel with carved consoles, a frieze with reeded panels, and punchwork cornice. The fireplace is surmounted by a landskip panel and reeded cornice similar to that on the frieze.

In the attic, huge hand-hewn beams are held together with locust pegs. The I beam was pit sawed from one oak tree; it has eighteen inches square and forty feet long. Some of the Cross and Bible design doors still have the original hardware on them.

A small group of outbuildings in Three Chimneys include a kitchen and an icehouse. The kitchen was built of brick laid entirely in Flemish bond, as well as a later frame summer kitchen originally connected to the main house by a breezeway. The brick kitchen has now been restored as a study, with a fireplace and sleeping quarters upstairs. The icehouse has frame-above building and the ice pit is stone-lined.